Although the Oscars have now passed, I do feel the urge to post just one more trailer. But not about a specific ship though. Bill Miller is known throughout the maritime community as "Mr. Ocean Liner," and what I found here is a preview on a documentary about him.

Posted by The Ranger at 1:24 AM No comments:

As Oscar Sunday is finally here, this is going to be my final movie trailer (for now, anyway).

"The Legend of 1900" was directed by Italian filmmaker Giuseppe Tornatore and released in 1998. Tim Roth stars as a musically gifted orphan named Danny Boodman T.D. Lemon 1900 - or 1900 for short - who spends his entire life aboard the fictional SS Virginian (There really was a ship by that name, however, which was launched in 1904).

The film's Virginian's appearance was very much inspired by both the Lusitania and the Mauretania, with the latter's First Class Dining Room acting as the model for the ship's.

Posted by The Ranger at 2:54 AM No comments:

"Beyond the Poseidon Adventure"

It did not do so well critically, and remains to be the only Irwin Allen picture not to receive an Academy Award nomination.

Posted by The Ranger at 9:57 AM No comments:

"The Poseidon Adventure" was a part of the disaster movie craze that really started in the 1970s. Parts of it (prior to capsizing, of course) were filmed aboard the Queen Mary in Long Beach, California. For the rogue wave scenes, a fully operational scale model of the famous Cunarder was also built - complete with working propellers and funnels.

Posted by The Ranger at 8:47 AM No comments:

So far I've posted trailers to three dramas and a comedy. Let's add horror to the mix, shall we?

"Ghost Ship" takes place an abandoned Italian ocean liner, the fictitious Antonio Graza (which seems to be heavily modeled off the Andrea Doria). The beginning of the film (before everyone dies, that is) gives one a terrific idea of what it was like to be aboard one of these liners in the 1950s. Even when the ship reappears in its rusted and desolate state, there is still beauty to be found. It reminded me of a shipwreck....albeit one that floats.

"Out to Sea" stars Walter Matthau and Jack Lemmon - Hollywood's original odd couple - as well as Brent Spiner (of Star Trek: The Next Generation fame). This romantic comedy was primarily filmed aboard the Holland America ship Westerdam (known today at the Thomson Dream), although several scenes were also shot on the famous Queen Mary in Long Beach, California. It offers some fantastic views of the Westerdam as a whole, as well as the Observation Bar on the retired Cunarder.

The French Line was horrified by this film because their former flagship, the Ile de France, played the SS Claridon. The old liner was blown up (albeit on a small scale) and partially sunk in the Sea of Japan.

"Juggernaut" was released in 1974 with a star-studded cast that included Omar Sharif, Richard Harris, Anthony Hopkins, Julian Glover and Ian Holm. Richard Lester (famous for "A Hard Day's Night," "Help!" and "Superman II") directed this film, which was inspired by a 1972 event where a bomb threat was called in on the QE2.

Posted by The Ranger at 9:09 PM No comments:

I've decided to post one trailer per day until the Academy Awards this coming Sunday. The subject of these films? Ships of course!

I could not think of a better way to launch this than with the arguably most famous of these movies - 1997's "Titanic" starring Kate Winslet and Leonardo DiCaprio. It ultimately won 11 Oscars and was the highest grossing picture of all time until 2010. 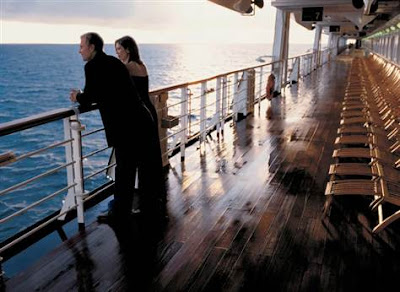 Posted by The Ranger at 9:28 AM No comments:

The Death of the Normandie

It was 69 years ago today that the French liner Normandie caught fire and capsized at her berth in New York. The grand ship was laid up in New York following the outbreak of World War II, and after France fell in 1940 was seized by the US government for use as a troop transport. She was renamed the USS Lafayette, after the Marquis de Lafayette (who had helped the Americans in the Revolutionary War) and nearly ready for her debut in this wartime role when disaster struck on February 9, 1942. 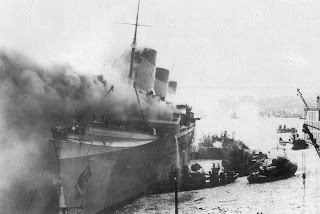 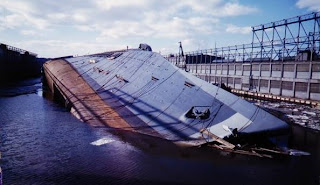 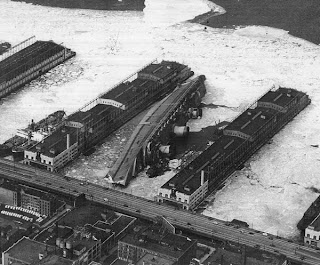 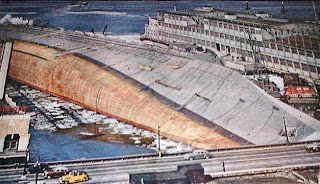 This period newsreel does a rather good job of describing what exactly happened to this grand ship 69 years ago. Notice, too, how in the later part of the clip the announcer described her as once being "the second finest ship afloat."

A New Chapter for the United States 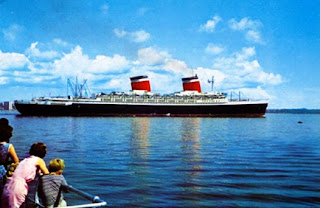 The SS United States, the former pride of America's merchant navy, was purchased from Norwegian Cruise Lines on February 1, 2011. The old liner was purchased by the SS United States Conservancy, using a donation from philanthropist Gerry Lenfest. It is certainly an event for ship lovers everywhere! The group's executive director, however, says that the real challenges are yet to come. The group now needs to find a permanent berth for the United States and determine a use for the excess of 650,000 square feet inside her. Everything is still very up-in-the-air, but there have been ideas of turning her into a casino, hotel, offices, etc. Personally, I think it would be great to turn her into a hotel like the Queen Mary and the Rotterdam.

Time is of the essence, however, and the Conservancy needs to move quickly. The money from Mr. Lenfest will only give the ship a 20-month "stay of execution." Donations, donations and more donat 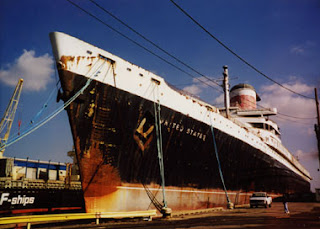 ions will be required to keep the United States afloat. No one knows - or wants to think about - what might happen if the ship is lost through lack of funding. If anyone wants to donate and help save this grand ship, I've attached a direct link to the Conservancy's website.

Whatever happens, though, it is safe to say that this is an exciting new chapter in the life of the SS United States!

Honorary Commodore of the Queen Mary 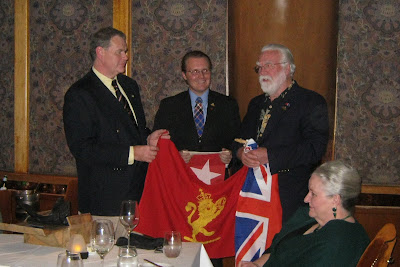 On February 1, 2011 Commodore Ronald W. Warwick of the Cunard Line was made the Honorary Commodore of the Queen Mary in Long Beach, California. Everette Hoard did the honors on behalf of the ship's management in a small ceremony in the Sir Winston's restaurant. He made the presentation with a touching speech that paid tribute to both the Commodore and Mrs. Warwick, whom he referred to as "the perfect First Mate." My friend then presented him with the Red Ensign that was flown in his honor aboard the ship as well as a Cunard house flag. I personally had the honor and privilege of presenting the Commodore the White Star Line's burgee. These were the flags that Commodore Warwick would have flown back in the Queen Mary's service days.

Upon accepting, Commodore Warwick told us all a story of how he found a White Star flag among his father's belongings (Commodore William E. Warwick...who also commanded the Queen Mary). He eventually took it down to the wreck of the Titanic in a submersible, and upon returning to the surface it was hoisted high on the mast. It was a poignant moment, for the Commodore went on to say how the disaster helped shipping and tightened safety standards that ultimately allowed him to transport thousands of passengers safely across the seas. For this, Commodore Warwick has become endeared to those who sailed with him.
Posted by The Ranger at 2:25 AM No comments:

A Toast to the SS United States! 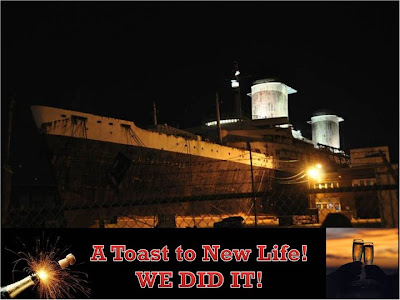 A proper entry will follow later. Meanwhile, let the celebrations commence!
Posted by The Ranger at 1:50 AM No comments: