Down to the Andrea Doria


Down to the Andrea Doria was filmed shortly after the Italian ship sank on July 26, 1956. A team of divers used state-of-the-art equipment to go down and document the wreck site for posterity. Although a rather short expedition, it was nonetheless a success.
Recent underwater images of the Costa Concordia reminded me of this little film, and I felt compelled to share.
Posted by The Ranger at 10:42 PM No comments: 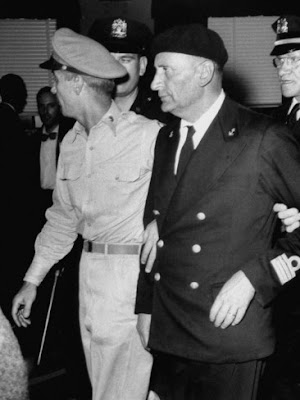 Here we see Captain Piero Calamai being helped ashore after the Andrea Doria sank in July 1956.
A total of 46 people died in the initial collision with the MS Stockholm. All remaining passengers and crew, however, were successfully taken off before the Doria went to the bottom: 1,660 souls were saved. Captain Calamai - in the tradition of the sea - intended to go down with his ship. The pleading of his subordinates, however, coupled with their assurances that all passengers had been rescued persuaded him otherwise.
Captain Calamai never again commanded a ship, nor did he speak of the Andrea Doria disaster. He died in his home on April 7, 1972. His final words were reportedly, "Is everything all right? Are the passengers safe?" This was the only reference he made to the sinking after it happened.
Posted by The Ranger at 6:14 PM No comments:

Snapshot: Looking on the Costa Concordia 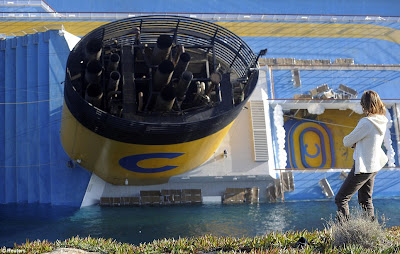 Of all the photos to have come out of the recent disaster, this one strikes me as being the most poignant. There is a sort of awful beauty in it all - ship of that size sinking so close to land. This picture sums it up for me.
Posted by The Ranger at 12:25 AM No comments:

The Sad State of the Costa Concordia 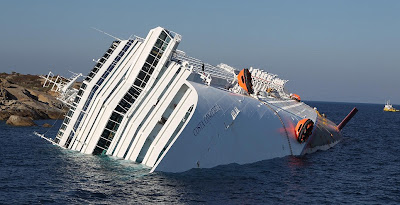 Daylight shows the Costa Concordia in a truly spectacular - yet terribly sad - state. The Italian ship has a 160 foot gash in her side; a giant piece of rock is still clearly embedded in her hull. 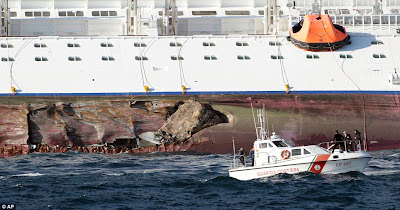 At least forty people are still missing, and three are confirmed dead. Divers are continually searching the wreck for more survivors - a South Korean couple was found alive earlier today.
Many of the over 4,000 survivors have been telling their stories, and many of them seem to focus on the chaotic nature of the shipboard evacuation. They say the crew didn't seem to know what was going on, and now the Costa Concordia's captain, Francesco Schettino, has been detained by police. He may face criminal charges as a result of the disaster.
Posted by The Ranger at 11:53 PM No comments:

For those who were aboard the Costa Concordia...

Our thoughts are with all those who were aboard the Costa Concordia, which ran aground off Italy on the evening of January 13. The damage was substantial and she ultimately capsized. An investigation is currently underway. 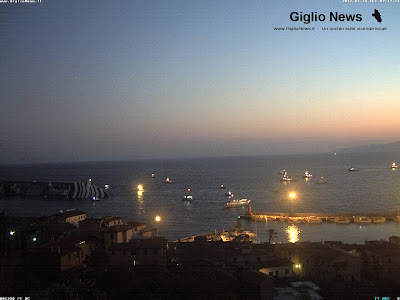 While most of the people aboard were saved, at least three are dead. Rumor has it that many more may be trapped inside the stricken ship, but I hope that this is indeed just a rumor.
Posted by The Ranger at 12:05 AM No comments:

40 Years Later: The Destruction of the Queen Elizabeth 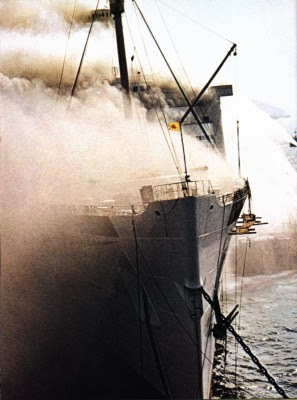 It was 40 years ago that the proud ship (then renamed Seawise University) met her fiery demise in Hong Kong Harbor.
Posted by The Ranger at 10:57 PM No comments: