I mentioned in a previous post that I had gone aboard the aircraft carrier Abraham Lincoln when it was in town for Navy Week back in July. At the end I mentioned that I would try to go back and tour the other ships if possible, which is precisely what I did two days later.

Having learned from the previous day, I arrived early and was able to get aboard the cruiser Princeton in less that 20 minutes (actually before the event officially opened for the day). 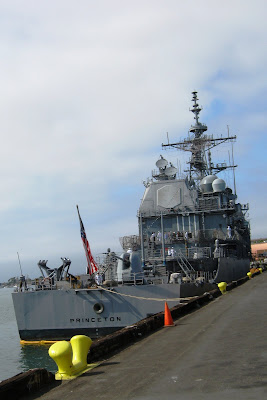 The tour lasted about an hour and a half, and the sailors who guided us around were extremely friendly and helpful - a true credit to the Navy! They took us just about everywhere: including the forecastle, the C.I.C. (combat information center) and bridge. Never in my life did I ever think I'd get to stand on the bridge of an active duty warship! 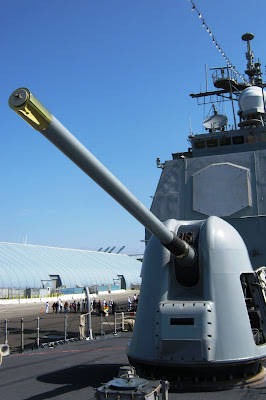 While we were on the bridge, I was afforded a rare opportunity... 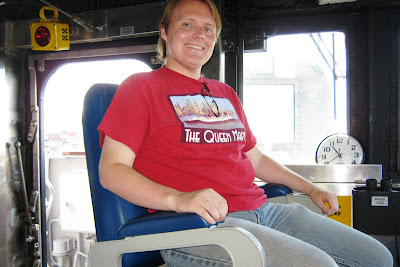 With my tour of the Princeton done, I went to stand in line for the minesweeper Champion. I wasn't so lucky this time, as the wait was four hours. I considered giving up and going home after two but figured I might as well see this thing through. And so I did! 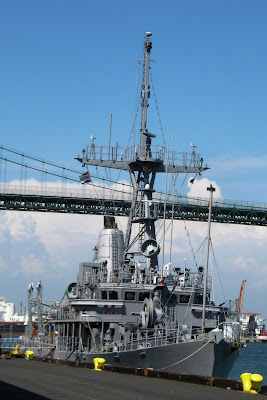 Because Champion is such a small ship, the tour wasn't as grand as the Princeton's had been. It was still informative, however, and exciting!

The destroyer Chafee had made her way out before the day's events started, although I did catch a glimpse as I was coming over the Vincent Thomas Bridge that morning.

All in all, Navy Week was a blast! I strongly encourage anyone interested in ships or the Navy to come out and partake of the festivities. I hope that the Port of Los Angeles decides to host one again in the near future.
Posted by The Ranger at 7:48 PM No comments:

Here's another newsreel for your viewing pleasure.

Posted by The Ranger at 6:43 PM No comments:

"Good-bye to the Aquitania"

This newsreel captures the decommissioning ceremony aboard RMS Aquitania - "The Ship Beautiful."

Posted by The Ranger at 6:22 PM No comments:

The HMHS Britannic (sister to the ill-fated RMS Titanic) was sailing off the coast of Kea on November 21, 1916 when she was rocked by an explosion - she had been struck by a mine. World War I had been underway for the past two years, and the ship was loaded with wounded soldiers from the Middle Eastern theatre. 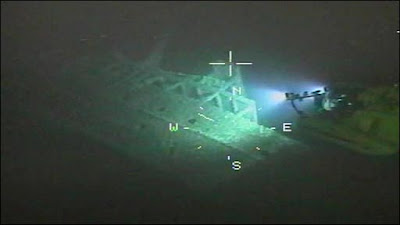 Although built with more safety features than her older sister, the ship went down in about 55 minutes. 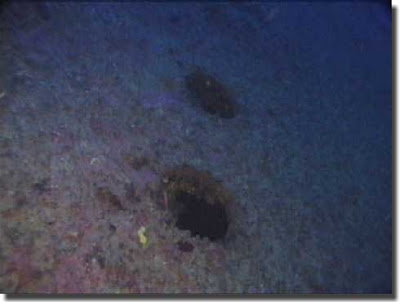 Several portholes had been opened at the time of the explosion, which resulted in the ship sinking so quickly.

I can't remember where I found this, but it's a rather neat image of Britannic laying on the bottom of the Kea Channel in Greece. I believe it was taken during Dr. Robert Ballard's expedition to the wreck site in 1995. 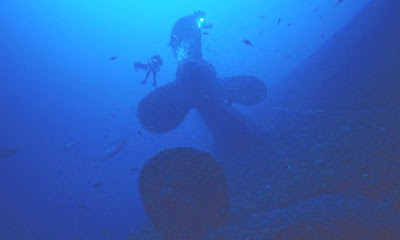 This image was taken by diver Antonello Paone. Note the size of the person beside the massive propeller.

Posted by The Ranger at 5:35 PM No comments: 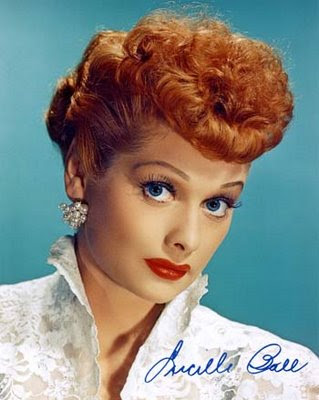 Today is Lucille Ball's 100th birthday, the long-reigning Queen of Comedy. "I Love Lucy" first aired over 60 years ago and has been entertaining audiences of all ages since. I can scarcely think of a world where it won't be playing.

In 1956, "I Love Lucy" a few episodes set aboard the real-life ship SS Constitution. These featured some of the show's most classic moments, such as when Lucy missed the ship and had to be lowered to the deck aboard a helicopter. Or when she got stuck in her cabin's stateroom. These are just a few of the many great bits that Lucille Ball was famous for.

And even though she's been gone since 1989 - the world still loves Lucy.
Posted by The Ranger at 1:29 PM No comments: