According to filmmaker James Cameron, the Titanic's First Officer, William McMaster Murdoch, was an incompetent and corrupt coward who took bribes and shot several passengers before turning the gun on himself and committing suicide. His death is arguably one of the most dramatic ones in the film, and is depicted as a fitting end for a rather crooked seaman. 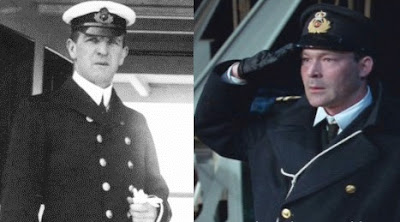 The real William Murdoch, however, was quite a different figure.

He hailed from the little Scottish town of Dalbeattie, where a memorial stands in honor of his courage and sacrifice. Historians have written how, as the Titanic foundered, First Officer Murdoch did what he could to save lives - in sharp contrast to the film's portrayel. Colonel Archibald Gracie, who had survived the sinking, later wrote of the First Officer's last moments:

He was a brave and efficient officer and no motive for self-destruction can be advanced. He performed his full duty under difficult circumstances, and was entitled to praise and honor. During the last fifteen minutes before the ship sank, I was located at that quarter forward on the Boat Deck, starboard side, where Murdoch was in command and where the crew under him were engaged in the vain attempt of launching the Engelhardt boat. The report of a pistol shot during this interval ringing in my ears within a few feet of me would certainly have attracted my attention, and later, when I moved astern, the distance between us was not so great as to prevent my hearing it. The "big wave" or "giant wave," described by Harold Bride, swept away Murdoch and the crew from the Boat Deck first before it struck me, and when I rose with it to the roof of the officers' house, Bride's reported testimony fits in with mine so far as relates to time, place, and [circumstances.] 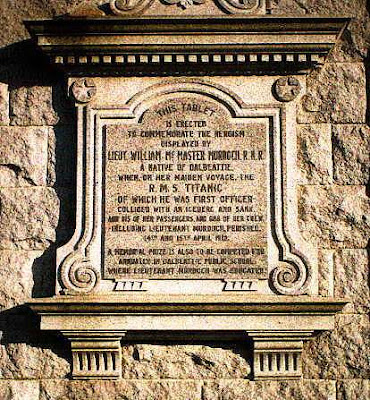 Colonel Gracie's testimony clearly disproves what James Cameron would have audiences believe as fact. For the sake of a good story, his 1997 blockbuster portrays a heroic man in an unjustly negative light. The vice-president of 20th Century Fox (which produced the film) flew to Dalbeattie the following year and personally apologized to First Officer Murdoch's 80-year old nephew, Scott. He was "reasonably happy" with the apology, but also noted that in "three or four years people will have forgotten about [the] ceremony but the film and video will still portray my uncle as a murderer when he was a hero and helped save many passengers."

So let us not remember First Officer Murdoch as the sniveling coward that James Cameron would want us, and instead as the brave man who did his best to save lives on that terrible night of April 14, 1912.

References: Archibald Gracie, The Truth About the "Titanic," in The Story of the Titanic as Told By Its Survivors, ed. Jack Winocour (New York: Dover Publications, Inc., 1960), 144-145.